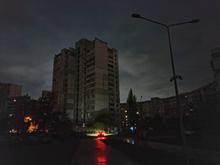 After massive Russian rocket hits, 80 percent of households in the Ukrainian capital Kyiv are without water and electricity. “All municipal services are working to restore Kyiv’s electricity and water supply as quickly as possible,” said the mayor of the city of three million, Vitali Klitschko, according to a statement on Wednesday.

Due to the lack of electricity, electrically operated buses are currently not running. The underground trains only run every ten minutes. Government officials promised that electricity and water supplies would be restored by Thursday morning.

More on the war in Ukraine

Previously, Ukraine was once again subjected to massive Russian missile strikes. Around 70 rockets were fired from Russian aircraft at civilian infrastructure targets.

According to Ukrainian sources, most of them were shot down by anti-aircraft guns. Russia has been waging a war of aggression against the neighboring country for almost nine months. (dpa)