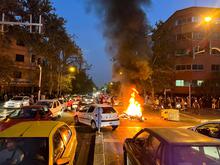 The UN Human Rights Council has launched an independent investigation into ongoing violence against peaceful protesters in Iran. Experts should document violations of human rights and collect evidence so that those responsible for the violence can one day be held accountable, as Foreign Minister Annalena Baerbock (Greens) said.

The Council passed a corresponding resolution in Geneva on Thursday with 25 votes in favour, 6 against and 16 abstentions.

Baerbock had come specifically to give a voice to the thousands of people in Iran who are campaigning solely for a life with dignity and without discrimination, as she said.

China tried at the last minute to remove the paragraph that called for the independent investigation from the resolution. The German ambassador rejected this on behalf of the supporters, and the motion had no chance in a vote. (dpa)