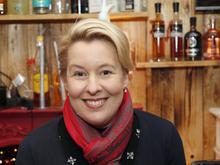 Our newsletter brings you, dear readers, news from the twelve Berlin districts and has now been subscribed to around 270,000 times throughout Berlin. With more than 36,000 subscriptions, Charlottenburg-Wilmersdorf is the most read of our district newsletters and is published every Friday. You can order our newsletter from Charlottenburg-Wilmersdorf and all other Berlin districts here free of charge: tagesspiegel.de/districts

Politics from the base in our newsletters from Berlin’s districts available here free of charge at www.tagesspiegel.de/bezirke

Cay Dobberke reports from CHARLOTTENBURG-WILMERSDORF on the following topics, among others:

Christmas in Berlin’s neighborhoods is a topic in our district newsletters these days – here for free: www.tagesspiegel.de/bezirke

Incidentally, in our newsletter from Charlottenburg-Wilmersdorf and of course in all other district newsletters from the Tagesspiegel, you can point out and congratulate the birthdays of friends, life partners, relatives, neighbors, colleagues, business partners, etc. Write to our authors, whose e-mail addresses you will find in the newsletters.