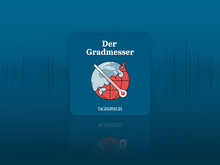 Germany wants 2045 climate neutral by 2030, 80 percent of the electricity should come from renewable energies. In order to achieve these very ambitious goals, many more wind turbines, solar parks or electric cars are needed very quickly. And it takes huge amounts of raw materials such as lithium, rare earths, silicon and others, most of which are currently imported from China.

How Germany stumbled into this dependency and why people don’t just mine metals themselves in this country is what this indicator episode is about Henning Wilts from the Wuppertal Institute. And the head of the department for circular economy says what alternatives there are to more and more mining, which are also much more climate-friendly.

Some companies in Germany have now discovered recycling for very tangible, economic reasons. The Netherlands, on the other hand, are about ten years ahead of Germany in this respect, and Henning Wilts also explains how and why.

Before talking to Wilts, Tagesspiegel explains Head of Audio Eva Koehlerwhich metals are particularly important for the energy transition, what they are used for and where they come from. At the latest then it will become clear why, among others, EU Commission President Ursula von der Leyen sees a real problem with China.

At the end of the episode, the editor-in-chief of the Tagesspiegel looks Lorenz Maroldt over with big news. Because on 29.11. a lot is changing in the daily mirror. If you want to see it for yourself, just take it here in our podcast survey part. Anyone who takes part will receive the daily mirror digitally and free of charge for six weeks.

You are welcome to send questions, suggestions or criticism of the “Indicator” to [email protected] We are looking forward to it.

You can listen to the past “Indicator” episodes here: