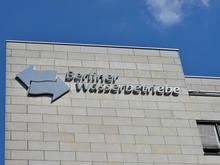 In the meantime, our twelve district newsletters have been subscribed to more than 268,000 times across Berlin. On Tuesdays we broadcast from Marzahn-Hellersdorf, Spandau and Tempelhof-Schöneberg. You can order our newsletter from these three Berlin districts, like all other district newsletters from the Tagesspiegel, here free of charge: tagesspiegel.de/districts.

André Görke reports from SPANDAU on the following topics, among others:

More economy as well as culture and politics from Berlin’s districts in our newsletters, available free of charge here at www.tagesspiegel.de/bezirke

For example, Johanna Treblin writes about the following from MARZAHN-HELLERSDORF:

Bao-My Nguyen reports from TEMPELHOF-SCHÖNEBERG on the following topics, among others:

Climate protection and more topics from Berlin’s districts in our free newsletters at www.tagesspiegel.de/bezirke

By the way, in our newsletters from Spandau, Marzahn-Hellersdorf and Tempelhof-Schoeneberg and of course in all other district newsletters from the Tagesspiegel, you can find out about the birthdays of friends, life partners, relatives, neighbors, colleagues, business partners, etc. point out or congratulate yourself with a few nice words. Just write to our authors, whose e-mail addresses you will find in the newsletters.