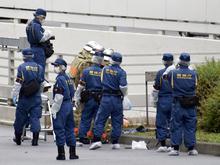 According to the media, a man in Tokyo set himself on fire in protest against the highly controversial act of mourning for Japan’s murdered ex-Prime Minister Shinzo Abe.

As the Japanese news agency Kyodo reported on Wednesday, citing the police, the elderly man set himself on fire on a street near the head of government’s office in Tokyo. It said he was conscious and taken to a hospital.

The police found a protest note from the man in which he spoke out clearly against the national mourning ceremony planned for next Tuesday, it said. According to polls, a large majority of the population opposes the recently murdered Abe receiving millions of taxpayer-funded national mourning.

Abe was shot dead at close range from behind with a homemade gun while delivering a campaign speech in the city of Nara on July 8.

The assassin had stated that he had killed Abe out of hatred for the controversial Mun sect. His mother financially ruined and destroyed the family with horrendous donations to the cult to which Abe was connected.

National mourning for Abe is controversial

Although Abe is regarded worldwide as a deserving statesman, the right-wing conservative was controversial at home with his nationalist agenda and his involvement in scandals surrounding nepotism. Add to that Abe’s involvement – and that of his ruling Liberal Democratic Party (LDP) – in the Mun sect.

The organization, known for its anti-communist and strongly conservative sentiment, not only collects massive amounts of donations from members, but has also provided election campaign support to politicians of the LDP in particular. The sect, also known as the Unification Church, has called itself the “Family Federation for World Peace and Unification” since 1996.

A state funeral for a former prime minister has been unusual in Japan since World War II. Since then, this has happened only once, in 1967 for Shigeru Yoshida. Numerous dignitaries from home and abroad are expected to attend the event on September 27, including US Vice President Kamala Harris and the Prime Ministers of South Korea, India, Australia and Canada. (dpa)