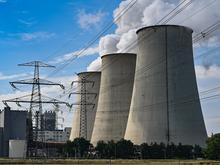 Climate activists invaded the site of the coal-fired power plant in Jänschwalde in southern Brandenburg on Monday morning. The police are deployed with several forces, said a spokeswoman for the Brandenburg police headquarters. The “Involuntary Fire Brigade” group announced that around 40 people were on the site and were blocking, among other things, the coal bunker and the track connections to the power plant.

A spokesman for the energy company Leag confirmed that there were people at the so-called trench bunker. It was initially unclear how big the impact on the operation of the plant would be. “We are now getting an overview of the situation,” said the spokesman. Leag is the operator of the lignite power plant in Jänschwalde, the third largest in Germany. The plant is about 15 kilometers north of Cottbus. (dpa)