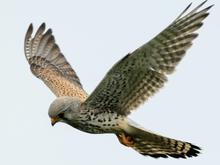 The large number of birds that crash against the glass surfaces of BER Airport and die or are injured in the process have brought conservationists to the scene.

Five environmental and animal welfare organizations are demanding that the board of directors and management carry out a comprehensive renovation of the terminal building to protect against birds.

In an open letter, the organizations, including the Bund für Umwelt und Naturschutz (BUND), the Naturschutzbund (Nabu) and the Landestierschutzverband Brandenburg, list all previous damage.

The animal rights activists write in the letter that their experts “regularly find dead animals when inspecting the publicly accessible areas. Countless traces of impact and feather finds provide information about the dramatic number of collision victims. Many of the injured animals die in agony in the light shafts between the terminal buildings.”

No appropriate measures were taken during the construction period.

“Photos that are available to Flughafen Berlin Brandenburg GmbH and the Lower Nature Conservation Authority Dahme-Spreewald show that these mass collisions occur again and again during bird migration,” the bird conservationists said.

“Nevertheless, during the 14-year construction period of BER, no measures were taken to remedy the situation. There are no shading devices to prevent nocturnal light emissions from inside the building.”

Flughafengesellschaft Berlin Brandenburg GmbH has been aware of the problem since 2012, when numerous robins and song thrushes died at the newly built terminal building during a mass approach.

If the problem had been taken into account early on in the construction planning, bird collisions at BER could have been largely avoided. Retrofitting with appropriate protective measures, as is now unavoidable for reasons of species protection, means much more effort and costs.

According to the animal rights activists, birds do not see transparent glass as an obstacle and cannot see reflections in their surroundings as such. In addition, they would be attracted to illuminated buildings in the dark and then collided with their facades. More than 20,000 square meters of glass were installed in the main building of Terminal 1 of BER alone.

More about birds and nature conservation

Nesting sites for swifts and bats A foundation is committed to preserving bird diversity in Berlin Berlin association favors the red-backed shrike The Nature Conservation Union is looking for the “Bird of the Year” “Small sensation” in Tegel bird sanctuary After 29 years, hoopoes have bred again in Berlin

The animal rights activists are calling for all existing problem areas to be retrofitted to make them bird-proof. The previous individual measures are insufficient. In addition, all planned buildings would have to be equipped with highly effective bird protection glass and measures to reduce night-time light emissions from the outset.