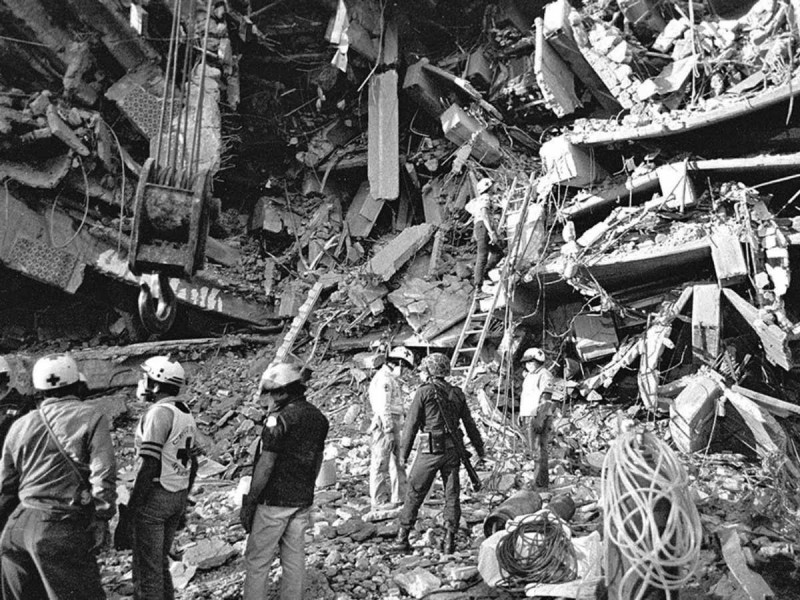 Goodbye, Enrique Metinides, emergency photographer, “the man who saw too much.”

With his death, the news will flood the pages of the newspapers, those in the Enrique Metinides, legendary red note photographer, squandered his journalistic talent in a genre that implicitly bears his name and surname.

Enrique Metinides, who was nicknamed “El Niño”, died at 9:22 a.m. on May 10, 2022, at the age of 88. He leaves as a legacy a host of emotions embodied through his lens, because few like him have delved into the daily events of the city and the tragedy of his stories.
Jaralambos Enrique Metinides Tsironides, known simply as Enrique Metinides “El Niño” was a Mexican photographer, famous for his journalistic work in red note. From 1949 to 1979 he photographed police incidents, disasters or road accidents, for various tabloids. A film, The Man Who Saw Too Much, by Trisha Ziff, is based on his experiences.

Epic are his incursions since he began, precisely as a child, at 11 years old, with that persecution for the bloody image from which many photographers fled, and from which he made an art.

Memorable are his images of everyday Mexico, of how gloomy some nights tend to be, of human tragedy and injustice: that suicide who threw himself from the Angel of Independence, the family that jumped into the void from a balcony in the ninth floor of an apartment in Colonia del Valle; car accidents, fights, and the extraordinary images captured in the sixties, when a gas pipe leaked, and before the thick cloud of smoke, the inhabitants of what was then Tláhuac, a distant area from the center of the city, went out to play among themselves. the smoke: dozens of intoxicated. Raw material to spare for a photographer who captured everything, Enrique Mitinides.

Since he was a child, “and with a cardboard camera, one of those old ones,” he managed to publish his photographs in Mexican and international media. He was one of the photographers who recorded the most emotional images of the 1985 earthquake, which he narrates in the video below, and he also always looked for the best angle, whether in black and white or color, far from the scarlet red of blood ; the explicit “was prohibited”, he confessed.

The man who saw too much deals with fragility; of a man obsessed with photographing the accident and who discovered that the destiny of others was his way of connecting with life.

When does the image of the accident become the object of desire? Following in the footsteps of Metinides and the work of contemporary red note photographers, we discover Mexico City in a narrative of accidents and crime scenes; we are voyeurs through the gaze of Metinides.

Juan Carlos Talavera, in an interview, painted some traces of the master:

For Enrique Metinides (Mexico City, 1934), photography is like cinema: a testimony to the future, a hobby that in half a century allowed him to observe the changes in the city and survive 19 accidents that caused nine broken ribs, a heart attack and fall from a cliff. But in all that time, he assures him, it was the lucky frogs and the Virgin of Guadalupe who took care of him.

It all started with the movies, he admits. Back then he lived on Calle de Vizcaínas and every Sunday he went to the theaters in San Juan Letrán to see police movies, with the chases, fires and shootouts that moved him so much.

At the age of nine, his father gave him a Braun camera, made in Germany in the 1930s, with which he began to photograph some scenes from his favorite movies. Then she decided to walk along Paseo de la Reforma and Avenida Juárez to photograph the city. There was born the germ that would lead him to be a police photographer.

By then his father had a restaurant in San Cosme, half a block from the seventh delegation, where they often ate from the public ministry to the qualifying judge and the police. “One day I showed them my photos and they told me to go to the police station to take photos of the detainees and the dead.

“And that’s how it all started.”

Metinides opens an album and shows a photograph of a decapitated man. At the scene there is a policeman holding the man’s head, while the body lies to one side. “Ah, look! It was my first death”, he says as if he had just discovered a relic.

“It was my first corpse and I was 9 years old. They killed him and then put his neck on the Buenavista railroad track to amputate his head. Imagine a child taking that photo. Yes, I got used to it but this one scared me”, he acknowledges.

A year later, Metinides was at his father’s restaurant. When a policeman arrived and told him to run to the intersection of San Cosme and Altamirano because a car had broken into pieces. El Niño ran as if it were an obstacle course. Upon arrival he saw a wrecked car and started taking photos. Suddenly a taxi arrived with a photographer from La Prensa and he said:

-Hey you!, why do you take pictures?

-Ah, I keep them as a collection.

-And you don’t go to school?

-And you would not like to work with me? Go see Humboldt and Juarez Avenue. Ask your parents for permission and bring your photos. I’m not going to pay you, but you’re going to learn.

Then the boy came home, gathered his photos and the next day he started working. “I never asked permission. But I liked it because we went to the Lecumberri Palace, where he portrayed prisoners and I met the most famous criminals of the time. We also went to Semefo, which used to be inside the Juárez Hospital.

How to forget, teacher, your photographs of the fire at the Aristos Complex, from the helicopter?

And he shared it.