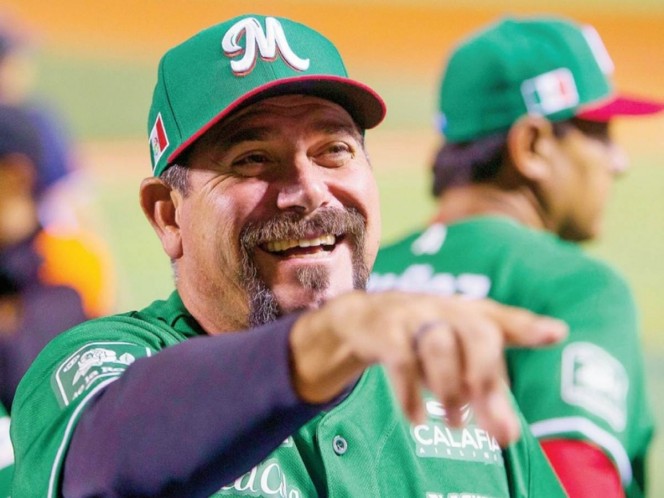 Benjamín Gil will be the manager of the Mexican National Team for the next World Classic, in which they will seek to assemble a leading team with which they can go far in the tournament, which in its first phase for the ninth tricolor will host the Chase Field of Arizona from March 11 to 15, 2023.

Sources involved in the negotiations confirmed to Excelsior the continuity of the Tijuana driver, after he was in charge of the representative that participated in the last Tokyo Olympics and one of the conditions that he put on the table to take on the team at that time, was that he also be given the opportunity to lead in the Classic, a decision will be made official in the coming days.

Gil, 49, will be the fifth different manager of the Mexican team in the same number of editions of the tournament. Francisco Paquín Estrada was in charge in 2006, Vinicio Castilla (2009), Rich Rentería (2013) and Édgar González (2017).

The also pilot of the Tomateros de Culiacán will have the support of a solid generation of players who currently shine in the Major Leagues and who will be the base of the tricolor team, such as pitchers Julio Urías and José Urquidy, as well as batters Ramón and Luis Urías, Alejandro Kirk and Isaac Paredes.

For the 2023 edition of the World Classic, 20 teams divided into four groups of five teams will play for the first time.

Mexico is located in Group C along with the current champion United States, Canada, Colombia and a representative who will be known later and who is the winner of a qualifying stage.

In the event that the ninth tricolor advances to the quarterfinals, the venue will be Miami at the Marlins stadium, a property that will also host the tournament’s semifinals as well as the final, which is scheduled for March 21.

Benjamín Gil is one of the best managers in Mexican baseball today, accumulating four titles in seven seasons with the Tomateros in the LMP, but as head of the Mexican representatives he has not been able to achieve good results such as his participation in the Baseball Series. Caribbean, in addition to the failure in the Olympics, a tournament in which the representative tricolor participated for the first time and in which they left without victory in three games.

Gil currently works for the organization of the Los Angeles Angels in the Major Leagues and last May he was confirmed as manager by Tomateros de Culiacán for the next LMP season.

Read the columnists of Excelsior Opinion