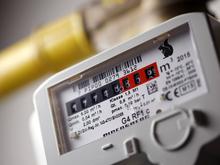 The SPD faction in the Berlin House of Representatives calls on Federal Minister of Economics Robert Habeck (Greens) to overturn the gas levy. The parliamentary group decided unanimously on Tuesday that the Senate should work towards abolishing the controversial additional levy.

“The gas surcharge burdens the citizens – legally dubious and politically wrong – unfairly with billions of euros in favor of corporations with billions in profits,” explained. SPD faction leader Raed Saleh. “At the latest with the decision to nationalize the utility Uniper, it lacks any social legitimacy.”

Also on Tuesday, Berlin’s governing mayor Franziska Giffey (SPD) called for an energy price cap for gas and electricity from the federal government. “From our point of view, it is important that programs are not only designed to cushion high energy prices, but also to get to the root of the problem,” said the SPD politician after a Senate session.

Giffey for suspending the debt brake

The federal government must now say, “It needs the energy price cap, it needs the security that people can sleep peacefully again,” said Giffey. The cap should also apply to companies that are also confronted with excessive price increases. With this demand, Berlin will go to the Prime Ministers’ Conference (MPK) with Chancellor Olaf Scholz (SPD) on Wednesday next week.

“I am also in favor of dealing with debt responsibly and that we operate responsible budgetary management,” added Giffey, referring to Federal Finance Minister Christian Lindner (FDP), who rejects suspending the debt brake. But it shouldn’t go so far that the prosperity achieved over the past 30 years dissolves “with pleasure” within a few months.

The uncertainty as to what heights the price increases will go to not only wears people down, but also causes economic problems because companies cannot calculate on this basis.

“The uncertainty as to what heights it will go to in terms of price increases not only wears people down, but also causes economic problems because companies cannot calculate on this basis,” Giffey said. “We need to be more secure there. And that only works with a wide lid.”

Giffey listed more Berlin demands for the MPK in the coming week. These include a moratorium on power cuts and evictions for private and commercial tenants who cannot afford the high prices, as well as help for hospital infrastructure. Giffey also advocated a temporary suspension of the insolvency application period and the possibility of tax deferral for companies – similar to the Corona crisis.

The mayor emphasized that Berlin is prepared to make its own contribution to relieving the burden on citizens and companies. The corresponding package of measures, which a red-green-red coalition committee had agreed on Monday, will be implemented step by step as quickly as possible. However, the whole thing depends on the federal government’s relief measures, some of which have not yet been determined.

Read more about the gas surcharge

The first point in the implementation of the state package is the 29-euro ticket for local public transport, which should be valid from October. The ticket for the Berlin city area should be available as a subscription for three months in the hope that from 2023 a uniform nationwide tariff system for public transport will take effect.

As part of Berlin’s own relief package, immediate aid for companies, a moratorium on evictions for tenants from state-owned companies and more money for support programs to expand renewable energies are also planned. A supplementary budget is to be approved for financing. According to Giffey, the Senate plans to agree on a timetable for this on October 4th. (tsp, dpa)