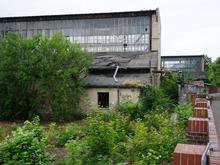 When a large construction project is planned in Berlin, there is almost always a dispute: the different interests of investors and residents are not always easy to reconcile. In the case of the former airfield in Johannisthal, another group comes into play: all those who are interested in historical buildings and do not agree that the listed buildings should be demolished on site.

Urban development and more topics from Berlin’s districts in our free district newsletters at www.tagesspiegel.de/bezirke

“For years I have been involved with the cultural heritage network for an appreciative and sustainable approach to the industrial heritage city district of Flugplatz Johannisthal and I am ashamed of the historical oblivion of the current plans,” writes architect Karsten Feucht in a statement to the Tagesspiegel. In the summer, the Berlin Senate decided to build 1,800 apartments on the area on Segelfliegerdamm, and commercial units, green spaces and playgrounds are also planned. For this, some of the buildings that are reminiscent of the use as an airfield would have to give way.

“No one is against housing construction,” Feucht continues. “But the demolition of the imposing hangars is neither necessary nor sustainable. Imagine the outcry if a development plan called for the demolition of the portal ruins of the former Anhalter Bahnhof just to build apartments on the area behind it. Everyone would say that it has to be integrated into the new district as a feature that creates identity.” In Adlershof, it was also possible to develop a future-oriented district without demolishing the historic buildings.

Halls are in poor condition

We are talking about a total of 15 halls on the former airfield, two of which are over 100 years old. Some collapsed after fires, others no longer have a load-bearing ceiling or are generally in such poor condition that renovation is not possible, the Senate Department for Urban Development replied in August to a question from left-wing MP Katalin Gennburg.

No one is against housing. But the demolition of the imposing hangars is neither necessary nor sustainable.

Although hall four is included in the list of Berlin monuments, the monument protection authorities have no objections to the demolition. A new building with similar outlines is planned to replace the old hall. “This is not up to date and does not stand up to critical scrutiny in terms of sustainable urban development,” says Karsten Feucht.

In order to come to a decision on the project in Johannisthal before the election is repeated, the Berlin urban development committee will probably have to convene a special meeting. If all factions of the coalition then agree, there is a majority and the House of Representatives can pass the development plan for the site – and the old halls fall.

In the new newsletter from Treptow-Köpenick you can read about the following topics, which Julia Schmitz wrote down for you:

It appears every Monday Tagesspiegel newsletter for Treptow-Köpenick. It is available in full, once a week with lots of specific district news, tips and dates at tagesspiegel.de/districts