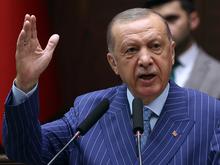 Turkish President Recep Tayyip Erdogan has accused Greece of “unlawful and brazen pushbacks” in connection with the handling of refugees. Greece is turning the Aegean into a “refugee graveyard,” Erdogan said on Tuesday at the general debate at the UN General Assembly in New York.

Erdogan had shown pictures of allegedly dead refugee children to the general assembly as evidence of pushbacks. “Ankara uses fake facts that have been disproved for ten days,” Dendias contradicted. Turkey itself is instrumentalising the migrants.

Relations between the two neighboring countries are at a low point. Turkey is questioning Greece’s sovereignty over islands in the Aegean against the background of stationing of the military in violation of international law. Erdogan had therefore recently threatened the neighbor with the sentence: “We can suddenly come one night”.

Dendias criticized this aggressive rhetoric: “Turkey would do well to uphold international law and at least return to the level of reason as soon as possible.”

In New York, Erdogan again defended the much-criticized military action by Turkish forces in northern Iraq and northern Syria. He argued the country was fighting “terrorists” there. With regard to the war in Ukraine, the Turkish President once again pleaded for a diplomatic solution to the conflict and continued to offer himself as a mediator. (dpa)