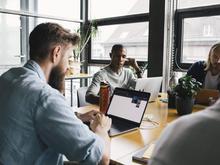 The state of Berlin is examining the establishment of two new agencies to promote start-ups. The considerations are part of the new start-up agenda for the period 2022 to 2026 presented on Thursday. In the future, a special focus will be on the promotion of so-called impact start-ups. These are young companies that want to make a contribution to more ecological and social sustainability.

Berlin is planning to “establish an event for impact start-ups”, and it is also being examined whether an “impact agency” will be created to organize competitions and network young companies with the administration. A “Berlin Innovation Agency” could have a similar approach. According to the agenda, their development as an interface for start-ups to administrations, associations and other institutions will also be examined.

In general, the Senate wants to work more closely with start-ups on the digitization of administration and to create “gateways to start-up-relevant administrations and innovation-supporting public institutions”. In addition, there should be “low-complexity and low-bureaucracy awarding and cooperation between public and private actors”.

Overall, the agenda consists of five fields of action. In addition to administrative modernization and the promotion of impact start-ups, there are also measures to improve the recruitment of talent, cooperation with medium-sized companies and universities as well as the promotion of diversity and women.

“The promotion of female founders is particularly important to me, and we will also use more financial resources here in the future,” said Berlin’s Governing Mayor Franziska Giffey. Furthermore, real laboratories and test areas are to be set up in which start-ups can test new technologies.