A recently recognized major group of mammalian lice, including human lice, originated from the common ancestor of Afrotheria, a group of mammals that includes elephants, hyraxes, and elephant shrews, among others (Gettyimages)

Scientists from the United States analyzed the evolution of lice that parasitize mammals, including humans, and discovered that they evolved in parallel. Specialists consider that the first louse was a host to birds millions of years ago and then jumped to other species, while its modifications allowed it to adapt to associate with more animals.

The study, published in the journal Nature Ecology and Evolutionsuch as “Phylogenomics reveals the origin of mammalian lice in Afrotheria”, compared the genomes and family trees of lice and their mammalian hosts. The work revealed that the two genetic systems share many parallel branches. Those branch points, where a group of mammals began to differentiate into new forms, were often reflected in the genomes of the lice that parasitized those mammals, the researchers reported.

Afrotheria are an ancient lineage of mammals that includes elephants, elephant shrews, hyraxes, golden moles, anteaters and others (Getty Images)

In this way, the setting for their co-evolution offered more opportunities for lice to spread to other mammals.

“In this article, we use data from genome sequencing to show that a recently recognized major group of mammalian lice, including human lice, originated from the common ancestor of Afrotheria, a group of mammals mainly of African distribution that includes elephants, hyraxes, and elephant shrews, among others,” he said. Kevin P Johnson, principal research scientist and ornithologist at the Illinois Natural History Surveywho led the study with George DonaMarie Curie postdoctoral researcher at the University of Illinois Urbana-Champaign and the University of Granada, Spain. “These lice then colonized other important groups of mammals through the process of host switching,” added the expert.

exist two types of lice: the suckerswhich pierce the skin to feed on the blood of their hosts and chewers which, as their name implies, chew the skin or secretions of the individual they parasitize, Johnson explained. Yes ok both feed on mammals, the former are exclusive to mammals.

In turn, the researchers explained that recent genomic studies detected that sucking lice are related to two types of chewers that also occur in mammals and “each of the main groups within this newly identified lineage occurs in at least one Afrotheria member,” they wrote. The Afrotheria are an ancient lineage of mammals that includes elephants, elephant shrews, hyraxes, golden moles, anteaters, and others.

Parasites of elephants, hyraxes and elephant shrews were the oldest in the group of chewing and sucking lice that fed on mammals (Gettyimages)

According to the results of the study, the species of Afrotheria were the original mammalian hosts for lice. Johnson and Doña expanded the genomic sampling of mammalian lice to include more lice associated with Afrotheria and compared the evolutionary history of mammals and their lice. Specifically, included lice from elephant shrews and hyraxes.

According to experts, parasites of elephants, hyraxes and elephant shrews were the oldest in the group of chewing and sucking lice that fed on mammals. “This shows that these mammalian lice started out in this strange group of African mammals and changed to other mammals after that,” Johnson explained.

There are two types of lice: sucking lice, which pierce the skin to feed on the blood of their hosts, and chewing lice.

The scientist defined The change made by lice from birds to mammals is very rare. The team led by Johnson and Doña found evidence that this jump occurred rarely, for example, in lemurs from Madagascar, South American rodents and some marsupials. But once lice learned to feed on mammals, their ability to survive was extended and they were able to jump more easily from one species of mammal to another and probably had more opportunities to do so. And as certain groups of mammals spread apart, say geographically, so did their lice, the analysis found. 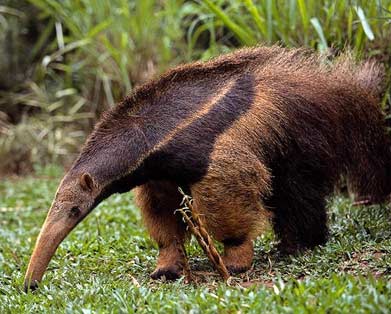 “Each of the major groups within this newly identified lineage occurs in at least one member of Afrotheria,” including elephants, elephant shrews, hyraxes, golden moles, anteaters and others.

Experts admitted that more work is still needed to trace the evolutionary history of lice and their hosts. Johnson estimated that lice probably date back 90 to 100 million years and they may have parasitized dinosaurs or birds for the first time.

“And then after the dinosaurs went extinct about 65 million years ago and the birds and mammals really diversified, lice also started jumping to new hosts and diversifying,” said.

What is the first animal that delayed the birth of its young due to global warming?
The crying eagle is in danger: 70% of its young do not reach adulthood
Pandas evolved to eat bamboo about six million years ago.