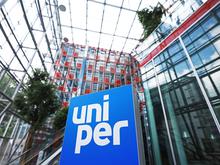 Against the background of the Russian gas supply stop, the federal government becomes the majority shareholder in Germany’s largest gas importer Uniper. After the completion of a capital increase and the acquisition of the Uniper shares from Fortum, the federal government will own around 98.5 percent of the shares in Uniper, the previous majority shareholder Fortum announced on Wednesday.

Economics Minister Robert Habeck will comment on this at 8.30 a.m. This was announced by his ministry on Wednesday morning.

As Germany’s largest gas importer announced on Tuesday, a capital increase of eight billion euros is also planned, which is to be subscribed exclusively by the federal government.

The Finnish group previously held almost 78 percent of Uniper. Nothing was known about the possible purchase price.

What will become of the gas surcharge?

Meanwhile, the debate on the state gas surcharge continues. In view of the possible nationalization of Uniper, Economics Minister Robert Habeck (Greens) had previously expressed “doubts about financial constitutional law”, according to information from the German Press Agency. Habeck is also said to have indicated that the financing requirements for the gas suppliers are significantly higher than when the first rescue package for Uniper was negotiated.

It is becoming increasingly clear that the unstable situation needs “the power and the guarantee of the state as well as all the financial strength of the state” that is necessary, it said. However, the Ministry of Finance is responsible for the final examination and responsibility for the financial constitutional law. The ARD capital office had previously reported on Habeck’s concerns.

The Federal Ministry of Finance said on Tuesday evening when asked by dpa: “There are no legal concerns. Economics Minister Habeck can introduce the gas levy he has proposed as planned.”

The gas surcharge is intended to support importers who get into difficulties because of the high purchase prices. The surcharge for all gas users is currently set at around 2.4 cents per kilowatt hour.

According to the current status, the first advance payments should go to companies in November at the earliest. The levy is to be introduced on October 1st. Habeck tries to limit the circle of eligible companies so that only companies in need benefit.

More about the energy crisis

Energy crisis becomes a traffic light crisis The gas levy divided the federal government Gasag boss on the energy crisis “No one should freeze, no matter how cold it gets” Protection planned for 350,000 homes Berlin wants to rule out terminations by state tenants due to the energy crisis Rising gas prices Besides Russia, who benefits from the energy crisis?

Uniper is in trouble because Russia is no longer pumping gas to Germany. The gas wholesaler is a supplier to over 100 municipal utilities and large companies and thus plays a central role in Germany’s gas supply. The company now has to buy the missing gas expensively on the gas market. (dpa)