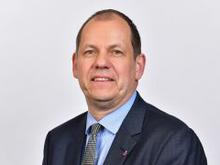 On Thursday, the Broadcasting Council of Rundfunk Berlin-Brandenburg (RBB) wants to give itself a future, at least in terms of personnel. The committee will elect the chair and deputy chair. According to Tagesspiegel information, there are two candidates: Ralf Roggenbuck as boss, Anja-Christin Faber as his deputy.

It can be seen that Roggenbuck and Faber will strengthen the “Märkish element” in the supervisory body. Roggenbuck represents the German Civil Servants Association in Berlin and the German Civil Servants Association in Brandenburg, but in fact the Brandenburg part. His term of office will probably be rather short, according to the regulations of the RBB state contract, a Berlin civil servants’ association representative would have to sit on the broadcasting council from 2023.

More about the RBB on Tagesspiegel Plus

The future of public service broadcasting Berlin FDP parliamentary group leader Czaja calls for the merger of ARD, ZDF and Deutschlandradio State distance and transparency The RBB scandal shows what is going wrong with public broadcasters Public law system failure? The Schlesinger case and its consequences

The candidate for the deputy, Anja-Christin Faber, sits on the Broadcasting Council for the State Women’s Council Berlin eV and the Women’s Political Council Brandenburg eV.

The election is necessary because the previous chair of the 29-member body, Friederike von Kirchbach, had resigned in the context of the affairs surrounding the dismissed director Patricia Schlesinger and Dietmar Pienkny had stepped in as acting chair. Pienkny has already stated that he will no longer be a member of the new Broadcasting Council.