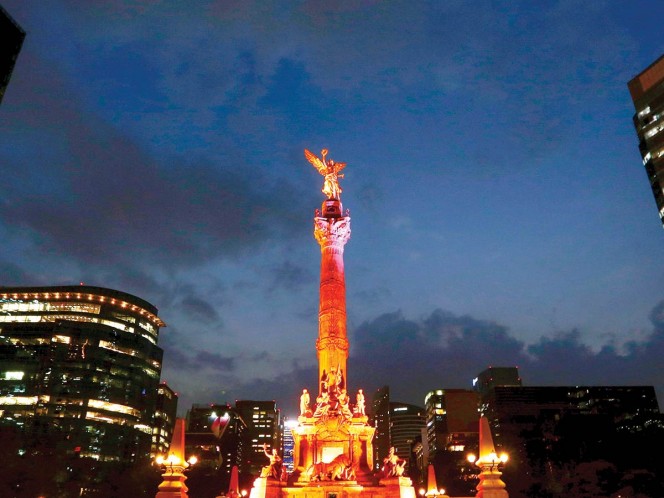 En the framework of the International Day for the Elimination of Violence against Women, the Secretary of the Interior, Adán Augusto López, recognized the pending pending in the attention of the causes that originate the violence against this sector, such as inequality, exclusion social, poverty and discrimination in public spaces such as work and community, as well as in homes.

Much remains to be done, each femicide and each aggression against women and girls impacts and summons us; we are acting to eliminate impunity and to guarantee women access to justice; We reiterate the commitment of the Mexican State to continue acting with firmness, efficiency and conviction to eradicate that which is the other pandemic, that of violence against women ”, he added.

Meanwhile, the president of the National Institute for Women (Inmujeres), Nadine Gasman, warned that eradicating violence means “to stop counting women who have been attacked, raped or murdered and therefore we articulate the efforts of all the secretariats and agencies to prevent and place women at the center of politics ”.

The actions that are undertaken from that institution have to do with educating girls, boys and youth in equality; work to make transportation and public spaces safe; promote women’s rights with information and training; have zero tolerance for violence and sanction to combat impunity, and ensure the economic autonomy of women so that they can confront it and get out of it.

For her part, the head of the National Commission to Prevent and Eradicate Violence against Women (Conavim), Fabiola Alanís, acknowledged that there are daily, on average, 10 cases of violent deaths of women and girls in the country.

Let’s stop femicides and femicidal violence by sending the message of zero impunity; let us close ranks to guarantee a dignified and full life for the women and girls of the country ”, he stressed.

Forceful, heartbreaking, dozens of stories of girls and women victims of feminicidal violence flooded the Senate, on the International Day for the Elimination of Violence against Women, and which moments before opened with the testimony of María Elena Ríos, a young Oaxacan woman attacked with acid, about the institutional violence that he suffers in search of punishment for his aggressors.

A day of high sensitivity, which included the cry of Senator Martha Cecilia Márquez, who recently resigned from the PAN, denouncing the political violence she suffered in the party, but which showed the Morenoist majority of the Senate in a contradiction.

Mónica Fernández Balboa called on the PAN member Julen Rementería to criticize the work of the president of the Senate, Olga Sánchez Cordero, because she says that this is political aggression against women, but the PAN member Xóchitl Gálvez replied that “I believe that we should not be confused with the political violence against women. I have been in politics, people speak loudly and I have not heard that they are disrespectful ”.

But loudly, from his seat, Fernández Balboa reproached the PAN and prevented her from continuing to speak; Xóchitl Gálvez waited for Fernández Balboa to stop shouting to refer to Alejandro Armenta and his political leap from the PRI to Morena, but when he announced that he would enter the topic of the debate, the microphone was turned off.

In the morning, María Elena Ríos recounted how the Oaxaca institutions have neglected her demand for justice to punish their attackers.

Later, in plenary session, the senators read first-hand cases of women victims of femicide. For a few moments they became the voice of women who suffered all kinds of violence, such as one who was raped 90 times and then threw heavy rocks on her while she was still alive.

ASSAULTS INCREASED DUE TO PANDEMIC AND UNEMPLOYMENT

On the International Day for the Elimination of Violence against Women, Carla Torres, from the Libre y Combativas collective, assured that the aggression towards this sector of the population has not happened, on the contrary, it has increased with the pandemic and unemployment, so he called for substantive measures.

In an interview with Pascal Beltrán del Río for Radio Image, Carla Torres explained that “violence against women has not stopped, on the contrary, it has increased with confinement, with the pandemic (of covid-19), with unemployment, which has also brought the economic crisis.”

In addition, it established that the budget cuts are “hitting social programs to help women.” She pointed out that “it is necessary to expand the networks of safe houses and not only for the battered women, but for the sexually diverse community, who do not find where to lean and be what they are,” he said.

He noted that substantive measures are needed to end violence against women. “We need to send the message that our lives matter,” he stressed.

He exemplified that they are fighting for exemplary sentences in case of rape. He mentioned that in the case of a comrade who suffered from this situation, “we took 81 years and six months, which is a historical sentence, it is not an exemplary, but historical for a rapist and we took it away with three years of struggle.”

We invite you to see our content in networks of: