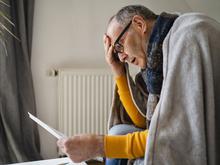 Almost all households in Berlin must now feel like victims of the precarious energy supply. The Tagesspiegel newsletter Checkpoint wanted to know: Were you too? extreme jumps in energy prices announced? A number of replies were received. A selection:

“The year 2022 began with a discount of 166 euros for heating electricity. In the meantime I had arrived at 220 euros. And from January 2023 now 455 euros?” reports Kathrin B.. “I am a single parent and have laboriously worked my way up from poverty to the middle class. That will be over in January.”

Hans-Joachim T. was also taken by surprise by the significant cost increases. “My current electricity provider surprises with a price increase of 95 percent for household electricity and 90 percent for heating electricity. With my required consumption, I then pay a total of 700 euros, he reports.

“The price of gas per kilowatt hour has just increased from 11.46 cents to 28.75 cents. A real challenge as a single parent in a poorly insulated rented apartment,” complains Ruth H.

Claudia B. is also worried about the future: “Almost four times the previous consumption price for gas will be due in the future. My monthly advance payment is currently 185 euros. Adjusting the discount to 740 euros is simply utopian for me.”

“My electricity supplier has really hit me in terms of price: The energy price per kilowatt hour increases from 25.81 to 58.54 cents: plus 126.8 percent. The basic price increases monthly from 7.45 euros to 8.94 euros: plus 20 percent. At the end of the raw material price explosion, someone probably wants to cash in again,” says Rainer G .”

We were surprised by an increase in gas prices of almost 300 percent.

“My provider (I’ve been a customer there for almost 20 years and have never played the game of comparison portals, even if I always paid a little more) has drastically increased my green electricity tariff: The working price increases from 29.52 cents per kilowatt hour to 52.87, the basic price from 119.40 euros per year to 195.73 euros,” reports Gustav R. Selling and Billing Expense’ as a rip off. How is that supposed to be justified? Will quit today.”

“We too were recently surprised by an increase in gas prices of almost 300 percent. The consumption price increases from 4.88 cents to 28.66 cents per kilowatt hour. A call revealed that we could not be told exactly how this price came about,” says Christiane S..

More on the energy crisis in Berlin:

Nicole B. had a similar experience: “Our property management sent us the increase forecast of 183 percent a few days ago, unfortunately there was no explanation. According to the forecast, our future costs will be around 2,900 euros.”

What angers many Checkpoint readers: Although they use green electricity, the gas price crisis is driving up their energy costs enormously. In legal terms, however, to put it extremely simply, suppliers who only produce and sell cheap electricity from wind and sun must feed this electricity into the grid – and then buy it at the general market price.