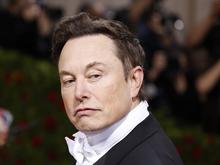 The voting is over, the new Twitter boss Elon Musk is serious. “The people have spoken” announces the entrepreneur on his platform. “The amnesty starts next week”. Apparently to legitimize his project, he posted a Latin sentence: “Vox populi, vox dei”, the voice of the people is God’s voice.

The global chirping is entering the next phase

Now the blocked accounts are to be unlocked again, with the exception of those of lawbreakers and those who spam there. The global chirping is entering the next phase. Almost everyone who was excluded from the service because they simply could not behave should be there again. Musk calls it freedom.

Test for free: With a subscription you can support our journalism.

Freedom is a wonderful principle, as is that of the majority. They are constituent parts of a democracy. Freedom and majority meant the end of the rule of the nobility and the rebellion against the power of the clergy. No question, the richest man in the world sees himself in this tradition.

One need not listen to those who say, ‘Voice of the people, voice of God’, as the rabble’s addiction to noise is always very close to madness.

The freedom he means, however, is above all the freedom from rules. The licentiousness. And the majority is not one determined by orderly procedures, but a poll in which anything and anyone could vote, including polling and voting robots. If what was announced is true, that almost 30 percent of the three million participants voted against Musk’s general amnesty, this can be seen as impressive evidence of the resistance. Unfortunately there is no blocking minority, no quorums. Musk would have sufficed with 51 percent, maybe 49. Nobody knows how this man calculates.

“Vox populi, vox dei”, that should certify the correctness of the decision. However, the Latin expression in the entire sentence, which is attributed to Charlemagne’s courtly adviser, takes a different direction. There it says that it is better not to listen to those who talk about “vox populi, vox dei” because the rabble’s addiction to noise is close to madness.

It is not the number of users that matters, but their influence as multipliers

You can let that seem like a medieval insight that may extend into the digital present. What is certain is that social media have opened up a potential for publicity that penetrates quickly and deeply into societies. As Twitter has shown for Germany, for example, it is not necessarily the number of users that counts, but their influence as multipliers. They like to be on the platform a lot, get information, form their opinions, and keep their followers happy.

This dynamic has eluded the rule of law, as is now being shown again by the lawsuit brought by the Baden-Württemberg anti-Semitism commissioner, who is being vilified as an anti-Semite on the internet. It is left to the individual to fight their way through the instances. Those who do not have the strength or the money must continue to suffer. In addition, free speech is also protected under fundamental rights on Twitter. Enclosing them in legislation will always have to be measured against them.

In fact, there was only one countermeasure, a comprehensive boycott. Apart from a few prominent departures, there is little to see. It’s easier to boycott football, and it’s quicker to say goodbye to Russia’s gas. Twitter seems to have created dependencies for which no substitute has yet been found. The fascination of leading and following in digital connectedness numbs all ethical concerns. A protest would be necessary now, with a certain degree of radicalism. The Twitter world would have to be jolted for Elon Musk to shake the ground beneath his feet. It might also be a moment of contemplation. Twitter kills the political climate. And just like you can’t eat money, you can’t talk to each other there.