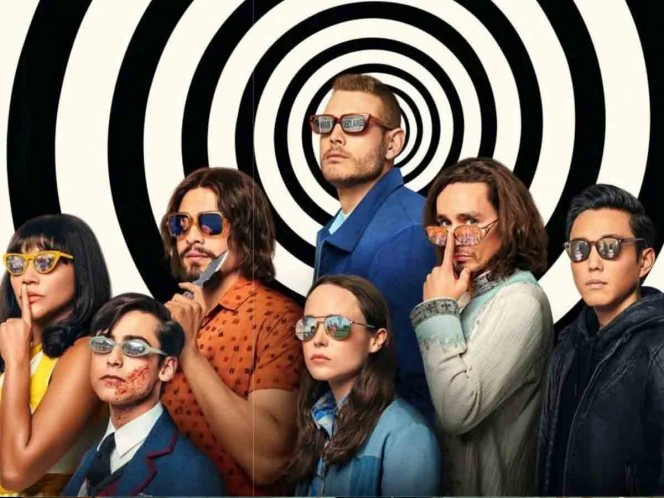 the brothers of “The Umbrella Academy” return this week for more superhero shenanigans, taking on a new universal threat and some well-known rivals.

The third season of the hit Netflix series features the Sparrow Academymore elegant, as well as the transition from the character Vanya Hargreeves to Viktor Hargreeves, which reflects the personal life of actor Elliot Page.

Series director Steve Blackman said he had worked closely with Page on the storyline after the 35-year-old Oscar nominee, formerly known as Ellen Page, said in late 2020 that she was transgender and had changed her name.

Elliot had called me after the scripts were done and told me he was transitioning and obviously I wanted to be very supportive. Nobody … forced me to write it like that in the story, but I thought it was the right thing to do,” Blackman told Reuters.

I got in touch with (LGBTQ media advocacy group) GLAAD, got in touch with a trans writer who wanted to be my consultant, and together with Elliot we talked about how we were going to do the story. We didn’t want it to become the story of the show, so we had to find a balance between making that transition and at the same time doing it in a way that felt authentic, sensitive, real.”

The second season ended with the brothers stopping a 1963 apocalypse and returning to the present to find themselves in another timeline and their home occupied by Sparrow Academy, siblings adopted by their father, including an evil version of their deceased brother Ben.

Previously, Ben, played by actor Justin H. Min, only appeared as a ghost to his brother Klaus.

Based on the comics by Gerard Way and Gabriel Bá, the series has won over fans with its family struggles, catchy melodies, and surreal elements.

Asked about the dynamics of the set, the actor Tom Hopper, who plays Luther, said:

We all know each other so well and we know each other’s characters and how we all play them so well that it’s so much fun. But sometimes it can be a bit chaotic.”

The third season of “The Umbrella Academy” premieres on Wednesday.

Related Content:
They had denounced bad conditions prior to the death of Netflix series actors in Mexico
The 5 scandals that the Kardashians have starred in their new series
Marvel prepares Wonder Man series, superhero in love with Scarlet Witch