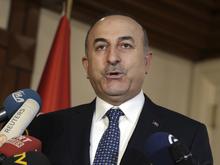 An elegantly dressed businesswoman is squatting on a flower pot in front of the German Consulate General in Istanbul, waiting. She gets up every hour or two, goes to the entrance and talks to the guards, but they shake their heads: she can’t come in without an appointment. That’s clear to her, says Nagihan Gülser, but she doesn’t know of any other way: As the sales manager of an automotive supplier company in Bursa in western Turkey, she has to be at an important trade fair in Frankfurt in a few days, but has been waiting for her visa for weeks. Because her e-mails and calls went unanswered, she has now come to Istanbul to ask personally.

Turkey complains that it is becoming increasingly difficult for its citizens to travel to Europe. Applications for visas for the Schengen countries are rejected more often than before or processed so late that the reason for the trip has already passed. Business people and scientists miss trade fairs and conferences, families don’t come to weddings.

Foreign Minister Mevlut Cavusoglu now wants to summon the ambassadors of Germany and other EU countries to protest. Long waiting times and high rejection rates are the result of a “deliberate” policy, the minister told TV channel Haber Global: The West wants to get President Recep Tayyip Erdogan into trouble before next year’s elections. After all, freedom of travel for Turks is one of their main demands on the EU. If the situation does not improve after the ambassador’s warning, Turkey will take countermeasures, Cavusoglu said. He didn’t say what they should look like.

It’s too late for the businesswoman Gülser in front of the German consulate in Istanbul. It would be a catastrophe for her company if she couldn’t go to the trade fair, says Gülser. The company is registered there, has reserved and paid for a stand and sent pallets full of goods. Hotel rooms and flights have been paid for, appointments have been made with company representatives from eight countries. “It’s really frustrating,” she says.

You can find out more about Turkey here

Gülser is a mystery as to why she doesn’t get a visa. “I’ve applied for visas and gotten them many times, it usually took three days,” she says. “But now I’ve been waiting for weeks and I don’t get an answer.” She knows colleagues who have been waiting for an answer for six weeks; others received a negative decision.

According to experts, the fact that so many Turks are not allowed to travel to Europe is due to the increasing number of Turkish asylum seekers. The economic crisis and political repression are driving more and more Turks out of the country – which is why Turkish visa applications are viewed with skepticism, German-Turkish lawyer Memet Kilic told the Tagesspiegel.

So German authorities fear that many Turkish travelers will not return home once they are here. According to the information service SchengenVisaInfo, the proportion of Turkish visa applications for the Schengen area being rejected has doubled within three years. The EU ambassador in Ankara, the German diplomat Nikolas Meyer-Landrut, emphasized that there are no political reasons for visa decisions. According to him, an EU average of 16 percent of Turkish applications were rejected in 2021, just slightly above the global average of 13 to 14 percent. According to Meyer-Landrut, many applications from Turkey contained incomplete or incorrect information.